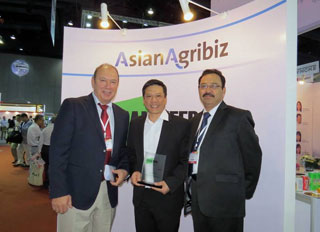 Japfa Comfeed India yesterday received the Asian Feed Miller Award 2014 that was presented by Asian Agribiz and sponsored by Addcon. Head of Feed Division of Japfa Comfeed India Ardi Budiono said the award represented a milestone for the company which presents also a challenge to become better in terms of product quality and service.

"There are several concepts that we want to launch this year for the Indian market. One of them is semi-pellet concept for broiler that will minimise stress at finisher stage in the extreme Indian climate," Mr Ardi said.

The company plans to have two new feed mills within the next three years and each will have a capacity of 15,000 tonnes per month. "We are now setting up a new feedmill in Bihar. This plant will also cater demands from Nepal." Addcon CEO, Bernd Kochannek also presented 'Highly Commended' awards to De Heus Vietnam and Vina Feed, also from Vietnam.

The Emerging Feed Miller Award 2014 presented by Asian Agribiz and EW Nutrition yesterday went to Al-Meezan from Pakistan. Production Manager of Al-Meezan Dr Abdullah Ahmad told Asian Agribiz that the award would challenge them to be more innovative in terms of technology and QC.

"In the future, we plan to increase our production capacity from 20 tonnes/hour to 50 tonnes/hour and then to 75 tonnes/hour gradually and employ modern feed milling technology. Next to that we want to upgrade our testing laboratory to strengthen our QC division, as well as increase the capacity of our r&d dairy and poultry farms," he revealed. 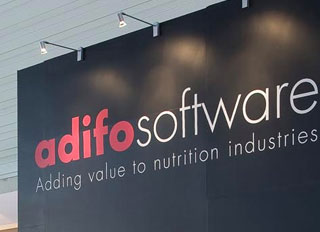 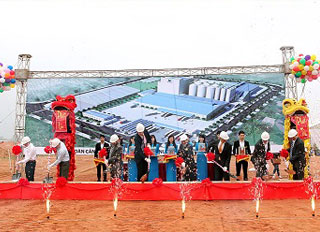 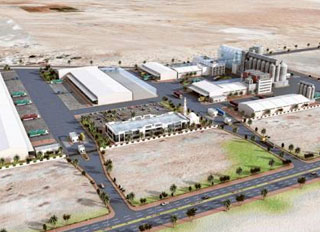 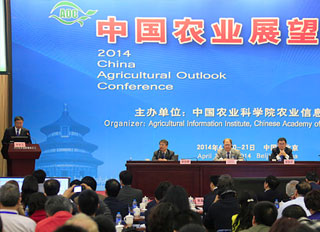