The feedmakers group was seeking two 6,000-tonne cargoes, the first set to be shipped to the ports of Incheon and Pyeongtaek, and the other to Kunsan and Ulsan, they said.

Both lots would be shipped between January 21 and February 10, 2010, they added. 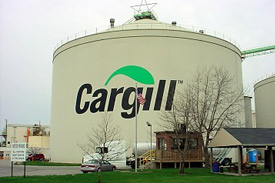