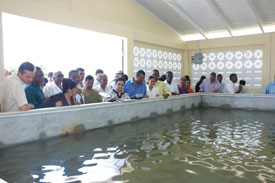 Guyana - The aquaculture industry has been recognised as a sector with tremendous growth potential and has been targeted for development under Government's National Competitiveness Strategy (NCS).

The Agriculture sector continues to diversify to include non-traditional crops and aquaculture with significant emphasis placed on expanding the latter
Today, a four-day workshop on aquaculture hosted jointly by the Governments of Guyana and Brazil commenced with the aims to highlight ongoing initiatives to beef up the sector's competitiveness and enhance production.

Minister of Agriculture Robert Persaud while delivering the feature address at the event held at the Cheddi Jagan, Research Centre, High Street, Kingston, called for closer collaboration among farmers for the development of the sector.

He said that aquaculture is recognised as an important planner in diversifying the agriculture sector, as several pioneers are placing their produce on the local market and engaging in expansion activities. He further noted that the aquaculture industry is continuing to increase exponentially and this will create more jobs.

"More fish and fish products will become available for local and export markets and will contribute to the development of the economy," he said.
To complement the growing interest of the culture new farms have been developed as Government continues to work closely with small and medium scale farmers. This has seen several excavators being deployed to construct aquaculture ponds.

The Ministry will be diverting an additional excavator currently being used for drainage works to commence the construction of ponds. Discussion between the Ministry and the local feed milling sector as it relates to producing aquaculture feed has also been bearing fruit. "If you are going to have a viable aquaculture sector, feed production is very essential. So we have this integrated approach in terms of the vision for the sector, and through programmes such as these we can accelerate the realisation of the provision," Minister Persaud said.

While lauding the Brazilian Government for its continued support, Minister Persaud added that over the last year-and-a-half the relationship
has been very productive especially in agriculture.
"If we look at what Brazil has been doing we can look at different ways in which we can deepen cooperation in agriculture and I am happy to say that we have been able to complete five such arrangements."
Under the arrangement the Rupununi cashew nut project has been finalized and thus far, four new varieties have been acquired. This will further complement and develop the cashew nut sector which targets hinterland communities, particularly in Region Nine.

Another component of the programme is the soya beans project, and according to Minister Persaud, 24 strings of soya beans have been imported from Brazil to be used in a number of trial plots especially in the intermediate savannahs. The other aspect of the project is related to corn and highland rice.

Brazil's Ambassador to Guyana, Luiz Gilberto Seixas de Andrande thanked the Guyana Government for its continued efforts to formulate ideas for the development of the two countries, enabling them to be more food secure. He gave Brazil's commitment to the cooperation and commencement of other projects. "This shows the increasing ties between the two countries to further develop and maintain a food secure economy," the Ambassador said.

Meanwhile, Chief Fisheries Officer, Vivek Joshi committed to a well regulated, monitored and sustainable fisheries sector which will optimally serve the needs of Guyanese.
In working towards the sector's vision which is to manage, regulate and promote the sustainable development of fishery resources, he said that to realise growth, the sector must diversify in order to see increased production of fisheries products. "It is well known that our capture resources cannot be pressured any further, and the department is working towards increased sustainability in this regard however, it is our aim for Guyana to achieve a sustainable level of production to competitively export aquaculture products," he said.

He added that the department of fisheries is moving towards the achievement of short to medium-term goals which will see the adoption of modern aquaculture regulations, encouragement and support of increased private sector investment such as investment in new farms and hatcheries, and the availability of quality inputs such as feed. The workshop also saw the participation of technical officers of the fisheries department and aquaculture farmers. There are approximately 75 aquaculture farmers countrywide. 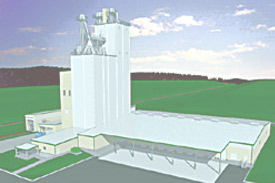 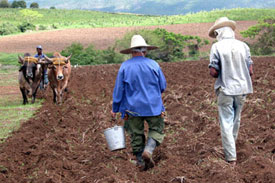 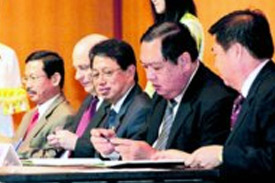 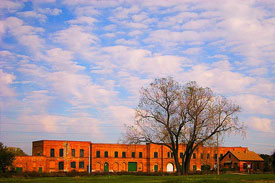