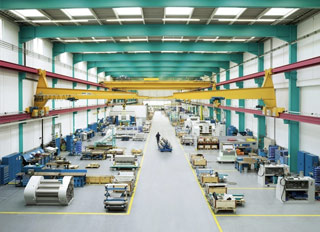 The Bühler Technology Group looks back on a challenging fiscal 2012. It increased both its order intake (+5%) and its turnover (+13%), with acquisitions accounting for the rise in order intake. As a result of the substantial investments made by the Group for securing its long-term future, the EBIT margin declined to 7.3% from last year. Its net profit of CHF 161 million was at the level of a year ago. For the current fiscal year, Bühler expects sales revenues at the same level as 2012 and a return to a double-digit EBIT margin.

Bühler looks back on a challenging fiscal 2012. Its order intake increased by 5% to CHF 2345 million; in organic terms, it was at the level of a year ago. Of the three divisions, Grain Processing as well as Food Processing booked somewhat higher orders, whereas the orders received by the Advanced Materials division were consolidated at the record level of the previous years.

Geographically speaking, developments varied widely. With 12% less orders received, Europe was especially disappointing. On the other hand, North America grew sharply (+44%). The plus side also includes the markets in China (+13%) and the Middle East/Africa (+7%). In all, the orders received from emerging countries thus for the first time exceeded 50% of the Group’s total volume.

Turnover (sales revenue) rose by 13% to CHF 2409 million; adjusted for acquisitions, it exceeded the value of the previous year by 5%. The sharpest rise in sales was achieved by the Advanced Materials division (+47%) and was mainly driven by acquisitions. Grain Processing boosted its sales on a purely organic basis by 7%, whereas the revenue of Food Processing was 3% below the value of a year ago.

Future investments aimed at enhancing profitability.
In order to secure its long-term future, Bühler invested heavily in markets, its global service network, innovations, and new fields of application. As Bühler is convinced that innovation is and will remain its core growth engine, research and development spending rose substantially and for the first time exceeded CHF 100 million or more than four percentage points of turnover. In conjunction with higher restructuring costs for integrating new acquisitions, this resulted in a lower EBIT margin of 7.3% in the year under review compared to 2011. Bühler expects the investments in the future mentioned above to pay off in the coming years in the form of double-digit margins. The net profit remained at an encouragingly constant level of CHF 161 million in comparison to a year ago.

For the first time more than 10,000 employees.
The Group-wide payroll at the end of 2012 for the first time rose above the mark of 10,000 employees (previous year: 8,830). This sharp increase was primarily due to the strengthening of the Customer Service organization especially in Asia, as well as to new acquisitions. This expansion of our local personnel base also manifested itself, among other things, in a higher share of services of 20% of Group sales.

Solid foundation for the future.
For 2013, the Group’s turnover is expected to reach about the level of the previous year. Overall, the emerging economies stand to become the main pillar of business in terms of both sales revenue and earnings. In view of the recent investments made and the absence of extraordinary charges, the Executive Board expects the EBIT margin to return to a double-digit figure.

About Bühler.
Bühler is a global leader in the field of process engineering, in particular production technologies and services for producing foods and manufacturing advanced materials. Bühler operates in over 140 countries and has a global payroll of over 10,000. In fiscal 2012, Bühler Group generated sales (turnover) of CHF 2.4 billion.

The Annual Report of Bühler will be available on Bühler's website from March 12, 2013. The English version will additionally be available as a hardcopy. 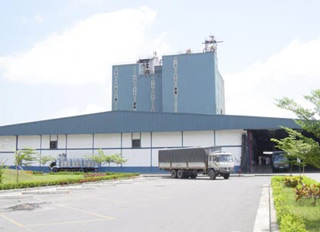 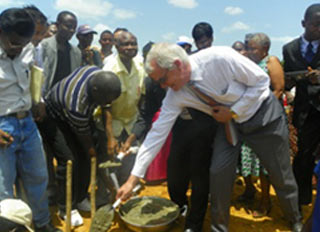