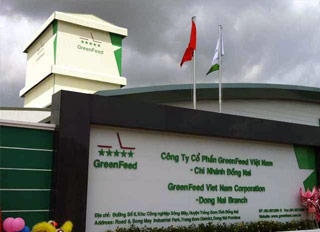 One of Vietnam's largest private sector companies, Masan Group, is said to be taking final steps to take over GreenFeed. Which would in turn see large scale changes to the animal feed market in the country.

GreenFeed, a domestic enterprise, currently operates four animal feed mills with a combined production capacity of 500,000 tonnes, it also has a closed network of pig farms from the north to the south. Greenfeed is valued at USD$500 million, a significantly higher price than in 2012 when it was valued at USD$164 million.

If Masan Group successfully takes over GreedFeed as rumoured, the animal feed market, worth an estimated USD$8 billion per year, will see big changes.

In April of this year, Masan unexpectedly announced it had taken over two leading animal feed manufacturing enterprises – Proconco and Anco, where it now holds 52% and 70% stakes, respectively.

Proconco and Anco have a total production capacity of 1.7 million tonnes of animal feed a year, which is just lower than CP in Vietnam.

If Masan takes over GreenFeed, it would boost its output up to 2.2 million tonnes, which would put it at the smae as the current largest animal feed producer in the country, CP Vietnam.

Hung Vuong Seafood, known as one of the largest seafood processing companies, now owns six feed factories with the total capacity of 905,000 tons a year. It is highly possible that Hung Vuong’s output would reach 1.2 million tons in 2015 to become the largest aquatic feed producer in Vietnam.

No official statement has been made by Hung Vuong, but analysts noted that Hung Vuong is attempting to jump into the animal feed sector.

A source said Hung Vuong has reached agreements with some Danish leading pig farming groups on importing breeders, farming equipment and medicine to run its project on closed pig farming in Vietnam.

The source said Hung Vuong plans to budget VND2 trillion for the project with an aim to put out 1.2-1.5 million tons of animal feed more by 2018 and millions of pigs.

Hoa Phat, known as a big steel manufacturer, has set up its second livestock farming company, located in Dong Nai province with charter capital of VND200 billion. Its first batch of animal feed products is expected to hit the market in early 2016.

With three big Vietnamese companies joining the animal feed sector, the domestic market is expected to be dominated by Vietnamese.

It is expected that the total market share of Hung Vuong, Hoa Phat and Masan would by mid-2016 be no less than 40 percent. If so, Vietnamese enterprises will make a breakthrough in the market, which is now being controlled by foreign invested enterprises. 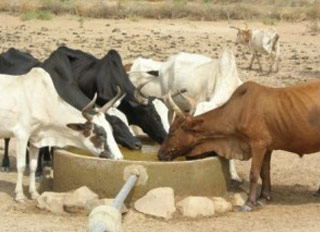