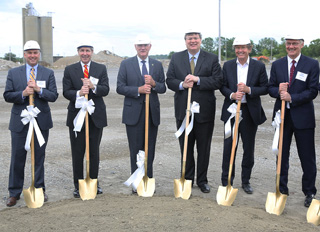 NouriTech™ and its lead investors, Calysta, Inc. and Cargill, were joined by state and local elected officials today to officially break ground on a 37-acre Memphis feed production facility. The plant will be home to the world's largest gas fermentation operation that will produce Calysta's FeedKind® protein, a nourishing and sustainable feed ingredient for fish, livestock and pets, using its proprietary technology.

"Today's groundbreaking is an important milestone for this project and our Cargill Memphis campus as it demonstrates our ongoing commitment to Tennessee, Shelby County and Memphis. It also expands our pledge to aquaculture as an increasingly important source of food," said Cargill Managing Director Mike Wagner.

"FeedKind protein is a new sustainable feed ingredient that is critical to helping meet sharply rising global demand for food," said Alan Shaw, Ph.D., Calysta President and CEO. "We are delighted to partner with Cargill and the Memphis community to launch construction of our first commercial scale manufacturing plant. This is the next step in bringing this important product to markets throughout the world."

Upon completion, NouriTech will occupy 37 acres of Cargill's 69-acre property on President's Island, employ approximately 160 full-time team members and produce approximately 200,000 metric tons of FeedKind annually. The first phase of construction is expected to be completed in 2018, with the plant online in 2019. The second phase of construction will be completed in 2020.

"It is great to see NouriTech break ground on its new Memphis facility," said Tennessee Economic and Community Development Commissioner Bob Rolfe. "The company announced plans in November 2016 to locate its new manufacturing facility in Shelby County and create many news jobs, and it is exciting to see NouriTech start the process of building this new facility. I look forward to seeing NouriTech continue to succeed in Tennessee and in the city of Memphis."

"We're delighted about NouriTech's decision to expand its mission in our community. It's a thriving company that now has a new name and a new logo that will be known to people throughout the world," said Shelby County Mayor Mark H. Luttrell, Jr. "NouriTech has invested its corporate resources here which will create many new jobs and strengthen our business community."

"We're proud to have played a unique role in enabling NouriTech to create new jobs here in Memphis," said Memphis Mayor Jim Strickland. "I'm proud this innovative venture decided that Memphis was the best place for it to grow, and I'm so glad to have another example of the momentum we're seeing in our city."

"Memphis has established itself as a major center for advanced manufacturing, and we welcome the NouriTech brand to this community, bringing new jobs and investment to Memphis," said Greater Memphis Chamber President and CEO, Phil Trenary.

NouriTech's 37-acre site will feature:
- A one-story administration building that will house technicians, engineers, supervisory and management staff.
- Twenty fermenters, each similar in size to a football field end zone. Two fermenters are expected to be installed in the first phase of construction and up to an additional 18 in the second phase.
- Several dryers, each approximately the height of a six-story building. One dryer will be built and used for the first phase of construction and the remaining dryers will be built in phase two.
- Several kilometers of piping.
- Various processing, filtration and product handling and loading equipment.

An architectural rendering of the completed plant was shared at the ground breaking ceremony. The team responsible for making the NouriTech vision a reality includes Black & Veatch, a leading engineering, consulting and construction company, and various equipment and technology providers. 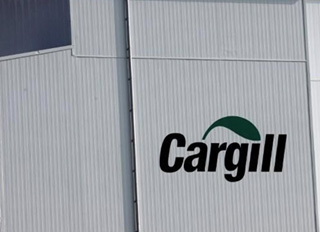 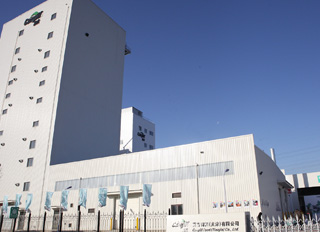 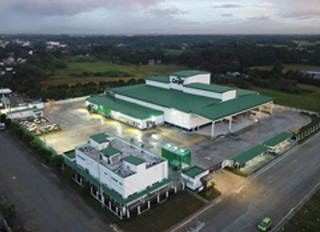 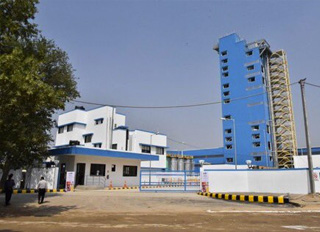