Vietnamese animal husbandry and poultry sectors to be restructured 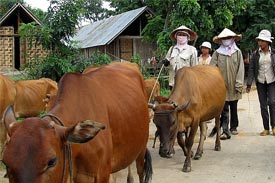 The animal husbandry and poultry sectors will be reviewed and restructured so that they develop in a sustainable and competitive manner, an official said at a conference in HCM City yesterday.

Hoang Kim Giao, head of the Ministry of Agriculture and Rural Development’s Animal Husbandry Department, said under the Livestock Development Strategy, the country would increase the ratio of livestock production to 38 per cent of the total agricultural output by 2015 and 42 per cent by 2020 from the current 30 per cent.

By then the populations of pigs, chicken, and dairy cattle are expected to increase respectively by 2 per cent, 5 per cent, and 11 per cent to 35 million pigs, 300 million chicken and 500,000 dairy cattle.

Apart from meeting the domestic demand, the livestock industry also would target overseas markets in the future, Giao said.

To achieve these targets and to meet the increasing food demand, the country would modernise its animal husbandry and poultry sectors, shifting from household-based to industrial farming, he said.

It would also focus on breeding hygiene and safety and reducing diseases to improve productivity and quality, he said. Slaughterhouses and meat processing plants would be required to install waste treatment systems, he said.

Improving the quality of animal strains and developing the animal feed industry were also vital to the sector’s development, he said.

Courses providing farmers information on farming techniques and food safety and hygiene would be organised, he added.

The livestock sector plays an important role in Viet Nam since 72 per cent of its population lives in rural areas.

However, the small scale of its operations and outdated production techniques have led to high costs, rendering the country’s livestock produce less competitive than that of other countries.

The volatility in animal feed prices and high risk of disease are also causing difficulties for animal breeders. 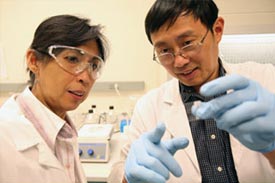 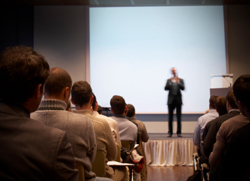 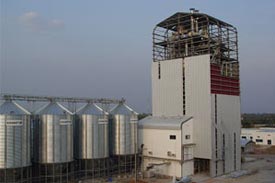