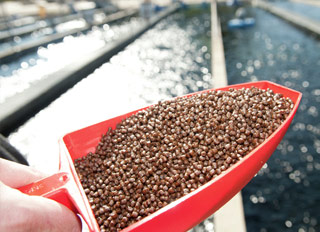 Nutreco has continued its commitment to growth in Egypt by investing in additional tilapia fish feed capacity. This week saw the opening of an extra line in its existing Egyptian plant, in the eastern part of the Nile Delta. The investment enables Skretting, Nutreco's aqua feed business, to triple its tilapia fish feed capacity in Egypt to 150,000 tonnes and extend its market leadership. In a further sign of commitment, Skretting has entered into a five year research partnership with fish research institute WorldFish to support the sustainable development of aquaculture in the region.

Egypt is the world’s second largest producer of tilapia fish. The growth of its aquaculture sector has been significant in recent years and production is expected to grow further from 1.3 million tonnes in 2014 to 2 million tonnes in 2020. Over 580,000 people are employed in aquaculture, more than in the rest of Africa combined.

The extra capacity allows Skretting to better serve the Egyptian tilapia sector with high quality fish feed, as well as technical expertise and support. Tilapia farmers are professionalising at a rapid pace, which is increasing demand for extruded fish feed. Compared to pelleted feed, extruded fish feed has the benefit that more of the feed is actually digested by the fish. This results in more resource efficient tilapia production and less pollution.

Harm de Wildt, Managing Director for Nutreco´s operations in EMEA: “This investment underscores our commitment to the African market. Through the investment in extruded fish feed capacity and regional R&D, we can support more customers in increasing their efficiency and profitability. Equally important, it will accelerate the transfer of our knowledge acquired in other fish species to tilapia, thus contributing to the sustainable development of aquaculture in Egypt."

R&D partnership
Skretting has also entered into a five year R&D partnership to support sustainable aquaculture in Egypt and Africa with WorldFish, a research institute that focuses on reducing poverty and hunger by improving fisheries and aquaculture. The partnership will focus on tilapia nutrition and testing of new, local ingredients for fish feed. The construction of an advanced trial unit with a recirculation system is part of the partnership.

Africa strategy
More than half of the projected global population growth in the coming decades will take place in Africa. The continent will have added 1.3 billion people by 2050, roughly equivalent to the current population of China. The investment is a next step in Nutreco’s ambition to expand in Africa. Nutreco entered Africa in 2001 by acquiring a share of the Egyptian company Hendrix Misr, which came under full ownership in 2013 and was renamed Skretting Egypt. Nutreco increased its presence in 2014 through a fish feed joint venture in Nigeria. Further investments are currently being explored. 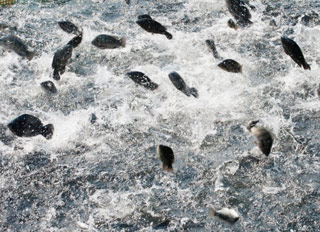 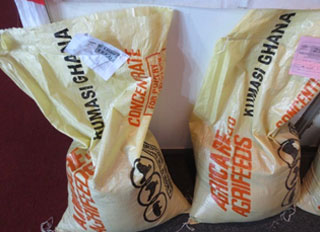