Discussions › Feed and Machinery › Other

To join in on the conversation, click one of buttons below 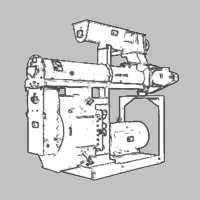 fishfeedmachinery
March 2017 in Other
There are literally hundreds of afflictions that can effect the health of farm fish. The most common maladies seen in home aquaculture production are usually either bacterial, parasitic, or viral diseases in origin. Fungal infections are also sometimes seen, and occasionally physical ailments.

2. Parasitic disease
The most common parasitic diseases is Myxospore disease, Dactylogyrusis, Trichodiniasis, Lernaeosis, etc. Common carp were the most susceptible to the Myxospore disease, the carp and Bighead are most susceptible to the Dactylogyrusis, wheel worm is the main invasion of common carp, it is not easy to find in the early stage, and the biggest victims of the Lernaeosis is grass carp, especially the most popular in the summer.

3. Viral diseases
Virus disease is a disease caused by a variety of viruses that invade the body of a fish. Hemorrhage of grass carp is the most serious disease in breeding stage, virus will invade the gills of fish, around the eyes, head, jaw and other parts, and the whole fish is dark black. This disease is more likely to occur in small grass carp, once suffering from the disease, the mortality rate is very high, can reach 80%, and will die in 3 - 2 hours.

What Factors would Cause Fish Diseases
1. Natural factors: Temperature of natural fresh water will change with the seasons change, but this change will cause a lot of fish sick and dying in large numbers, because some of the parasites that threaten the health of fish disappear or appear to be affected by temperature change. Dissolved oxygen is the content of oxygen in water, will have a very large impact on the survival of fish. pH in 8.5-7 is the most suitable for the growth of fish, that means neutral and weakly alkaline environment is more suitable for the survival of fish, if pH is less than 5 or higher than 9, it will lead to a large number of fish dead.

2. Water pollution: Now with the rapid development of township enterprises, leading to a lot of sewage into rivers and lakes, and these sewage is the cause of the fish disease, sewage contains a large number of heavy metals and a variety of micro-organisms, will pose a threat to the survival of fish.

3. Feeding fish with fish feed pellets of low nutritions: In different fish growth stages, different formulation should be used to satisfy its nutrition demands! In our previous articles, we have summarized several quality formulations, such as Shrimp Feed Formulation and its Manufacturing Process, for your reference only!

Except for the quality of fish feed pellets, Feeding Rate, Frequency, and Timing also influence the growth of farmed fish! All in all, there are certain reasons and conditions, in the general case, the occurrence of fish diseases decided to pathogens, perception of fish body, and the environment.
Sign In or Register to comment.
Back to Top
Home Advertise Contact Us View Desktop Site
News
World News
Asia News
Americas News
Europe News
Africa News
Oceania News